Home Health Mysteries Does this mean wino’s will live forever?

Researchers believe they have unlocked the mystery of how an antioxidant found in grapes and red wine fights cancer. A published study concludes that the compound resveratrol, which acts like an antibiotic to protect grapes from fungus, may turn off a protein that guards cancer cells from cancer-fighting therapies such as chemotherapy. A few years ago, researchers found that resveratrol kept cells from turning cancerous and stopped the spread of malignancies. Resveratrol also blocked cell inflammation, which is linked to arthritis, heart disease, and other diseases. Resveratrol can be found in dozens of foods, including mulberries and peanuts. All wines have some resveratrol, but red wine seems to be it’s richest source. Discovering the mechanisms of resveratrol is important to developing the compound as a cancer-preventive agent for humans, said John Pezzuto, a University of Illinois at Chicago researcher who first reported resveratrol’s link to red wine and fighting cancer in 1997. [Eating more organically grown fruit, especially red grapes, should work to counter many degenerative diseases, even though all the reason are still somewhat of a Health Mystery.] 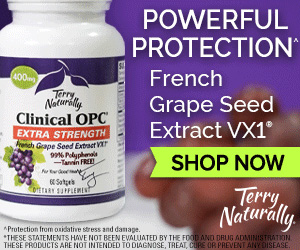 Walmart will now reimburse employees in some states up $1,000 if...

Walmart associates in Louisiana, Indiana, and Illinois now have healthcare coverage for doula services during pregnancy for up to $1,000 per pregnancy. Walmart is offering...