Radioactive fallout and contamination from the recent nuclear disaster at Fukushima Daiichi power complex in Japan is potentially a worldwide problem. The United States and other countries are ill-equipped to protect against radioactive iodine-131, caesium-137 and other forms of radiation by-products.

It’s well established that exposure to large doses of radiation can cause death within a few hours or days while lesser exposures may lead to many different types of cancers including; thyroid, breast, skin, stomach, bone, blood, brain, lung and others.
Conventional intervention should always be employed as means of mitigating radiation exposure such as that being reported about in Japan. Skin decontamination is managed through frequent and through bathing of water to the affected areas.

Although there is no known method available to completely prevent exposure to radiation from being absorbed into the human body, supplements in the form of antioxidants, vitamins, minerals, herbal, homeopathic medicines, amino acids, probiotics and natural hormone(s) may provide some level of protection in the form of free radical reduction and radiation detoxification. Additionally, certain foods and detoxification baths are worth consideration.

In light of the current acute crisis in Japan, the world is focused on nuclear radiation/fallout. However, what many people may not realize is that insidious and casual forms of ionizing radiation are also dangerous as our exposure levels increase. I’m referring to radiation exposure from first and secondhand cigarette smoke, X-rays, CT scans, cancer radiation therapy, radon gas and cosmic radiation from taking jet airplane flights.

The following list of conservative modalities is believed to have radioprotective effects and may provide some level of cellular detoxification.
Potassium iodide (KI) tablets – available in select health and drugs stores. However, as of the writing of this document, it may be difficult to obtain potassium iodide due to a strong public demand. Potassium iodate (KIO3) tablets are generally less expensive and have a longer shelf life.
EDTA chelation – consult a MD, DO or ND provider experienced in chelation therapy
Melatonin – protects every cell in the body against ionizing radiation damage, unlike iodide which acts exclusively on the thyroid gland.
AHCC ( Active Hexose Correlated Compound) – this shiitake mushroom derived botanical has potent free radical quenching capabilities
Chlorella tablets or powder. This is a fresh water single-celled green algae derived plant is believed to possess radioprotective properties. It’s therapeutic affects come from its ability to neutralize damaging free radicals that would otherwise damage cells and tissues
Spirulina tablets or powder. After the Chernobyl nuclear accident in Russia, spirulina supplementation was purportedly able to reduce urine radioactivity levels by fifty percent in approximately three weeks.
Vitamin D – Radiological health expert Daniel Hayes, Ph.D., of the New York City Department of Health and Mental Hygiene suggests that a form of vitamin D could be one of our body’s main protections against radiation, specifically low levels of radiation. Writing in the International Journal of Low Radiation, Hayes explains that calcitriol (vitamin D3), the active form of vitamin D, may protect us from background radiation and could be used as a safe protective agent before or after a low-level nuclear incident.
Hayes argues that vitamin D, and in particular its biologically active form – vitamin D3, could be the key ingredient in protection against radiation

Reduced glutathione – is an amino acid believed to reduce free-radical damage to DNA and prevents depletion of other antioxidants.
Causticum, Ginseng and Ruta graveolens – can be useful homeopathic medicines. These and others can be used if a radioactive release occurs and maybe helpful in counteracting exposure effects
Epson salt, baking soda and clay baths. These long used detoxification baths are considered safe, effective and inexpensive when it comes to eliminating harmful substances from the body including radiation
Lastly, many readily available foods should be considered as a staple when it comes to systemic radiation contamination management and include; all cruciferous vegetables (broccoli, collards greens, cabbage, turnips, bok choy, and kale. Additionally, fermented soy products and sea vegetables should be frequently consumed including; miso, kelp, wakame, brown rice and kombu. 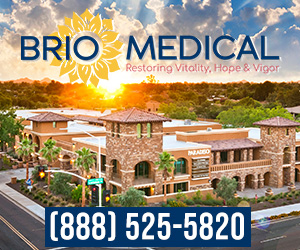 Experts confirm COVID INJECTIONS, not infections, are the cause behind myocarditis

A group of experts recently confirmed that the Wuhan coronavirus (COVID-19) vaccines, not infection caused by the pathogen, are responsible for myocarditis, or inflammation...

The mRNA “vaccine” experiment does alter human DNA and may pass...

ABOUT US
Dr. Bob Martin believes that information and education are the keys to good health, and takes every opportunity to share his knowledge through consumer lectures, newspapers and radio health talk programs throughout the United States and Canada.
© 2016 Doctor Bob Martin | All rights reserved